Mixing the best parts of Minecraft, Quake III and Emacs

a month ago
View project feed

#Archive of the WolkenWelten C Engine

This is an archive of the C/Nujel version of WolkenWelten, development continues on a Rust/TS based version.

#Mixing the best parts of Minecraft, Quake ]I[ and Emacs.

WolkenWelten is meant to be the ultimate voxel sandbox, letting not only players choose their own adventures in a big procedural world but giving the ability to change the rules of said world, either by making use of the custom Lisp runtime, or creating patches to the underlying C code.

While there is a default gamemode that makes players fend for themselves on an archipelago within the clouds, this is just the beginning. Most gameplay parts are currently rewritten to make the client as generic as possible, enabling completely different games by just connecting to a server.

Twitch streams focussing on the development of this game happen every Saturday and Sunday, as well as on Monday and Tuesday where we dive deep into the internals of the Nujel runtime, trying to turn it into something resembling a proper language.

This project puts a lot of effort into supporting all kinds of devices, nut just high-end gaming PCs, because of this the Raspberry PI 4/(00) is a viable system to play this game on, the WASM version should also run on many mobile devices, although a Gamepad of some sort is probably needed due to the touch controls being absolutely terrible at the moment. 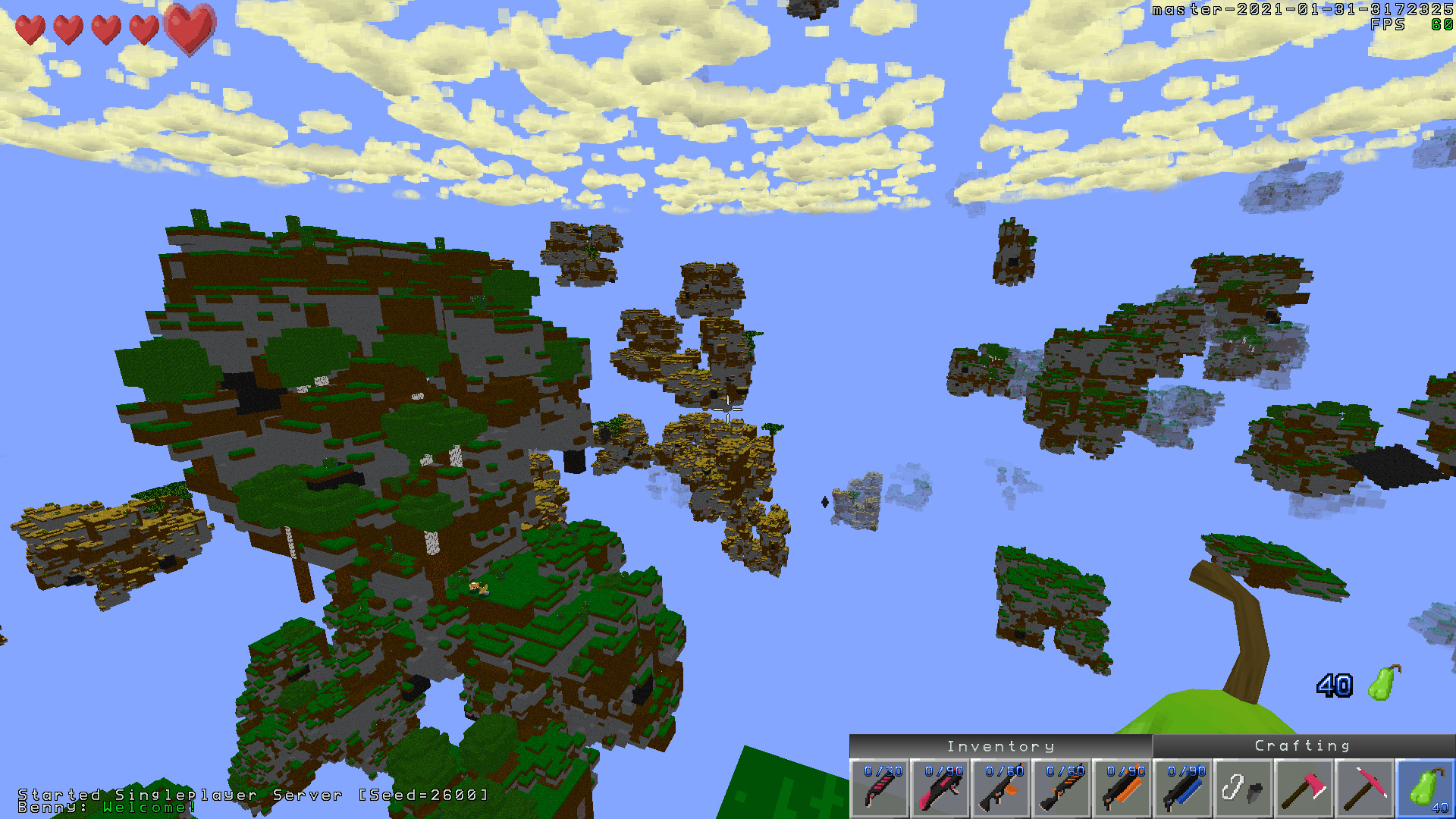 The newest binary releases are available on the projects website, along with some more writings about the game, as well as a couple of screenshots.

If you run into some bugs, have gameplay questions or want to talk about your favorite *nix, join us over on Discord, or preferrably on Matrix.

As a Free Software Project any form of help you can give would be highly appreciated, be it testing the game, drawing nice artwork, coding that cool feature or telling your friends about this game. You have my gratitude in advance :)

On Windows you need a working installation of MSYS2, and then install the following packages from within MSYS2:

On Macintosh you need the XCode command line tools, the SDL2 and SDL2_mixer development Frameworks installed. Additionally you need ffmpeg and nasm, which are probably best installed using Homebrew or MacPorts.

You can then build the game using gmake

You can then build the game using gmake

Now that you have all the packages installed you can just type make within the repos folder to create a development binary, I highly recommend adding something like -j8 so it does not take quite as long to compile. After that you can use make clean to remove every executable/intermedia file you just created. There are many more convenience targets I added which you can take a look at in the client/common/server Makefiles, most should be explained by the command they execute.